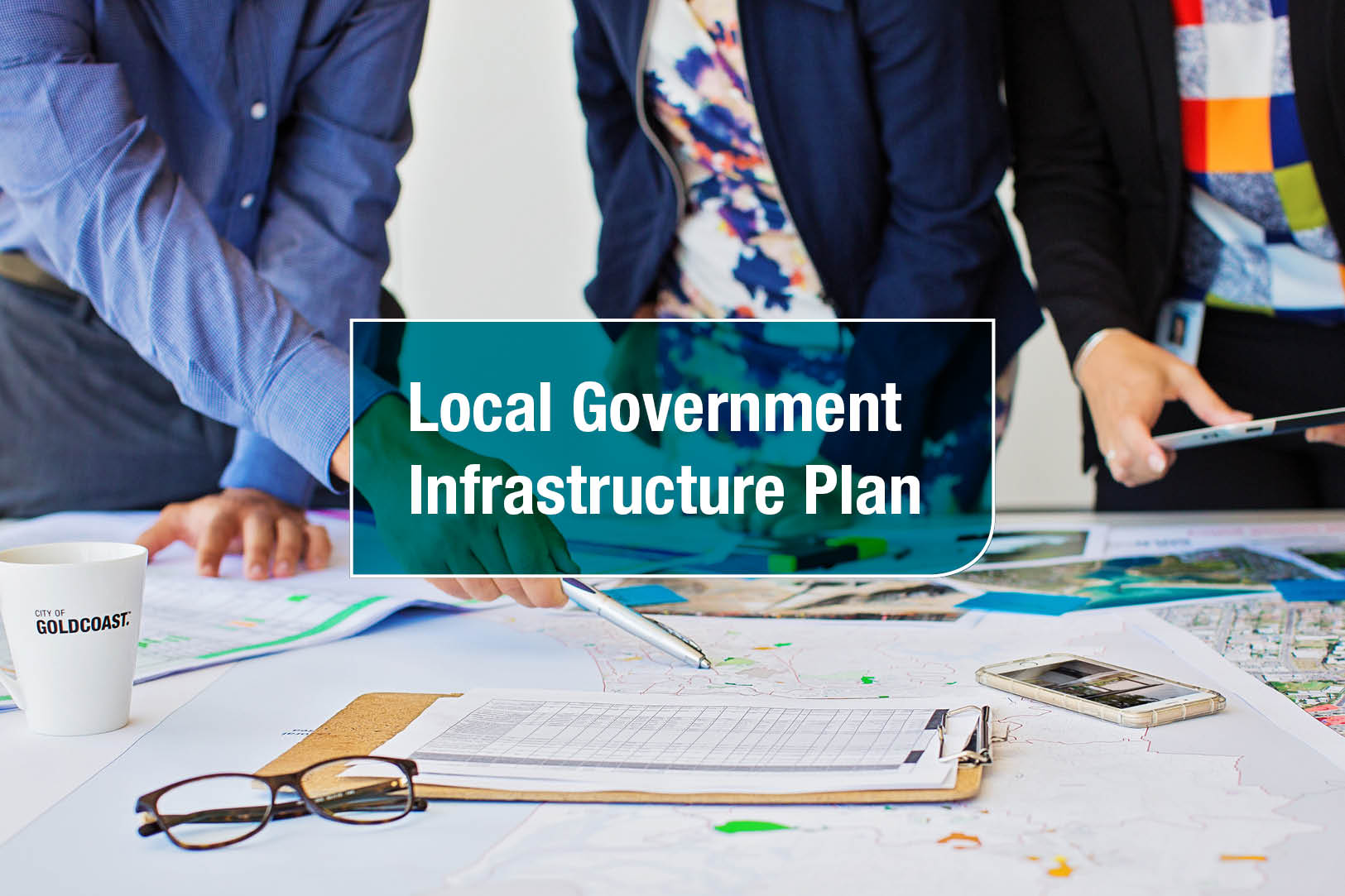 In accordance with the Planning Act 2016 the City of Gold Coast has prepared a Local Government Infrastructure Plan (LGIP) which outlines the City’s vision for trunk infrastructure over the next 15 years.

The LGIP outlines the City’s vision for trunk infrastructure services including water supply, sewerage, stormwater, public parks and land for community facilities, and transport networks, which will meet the needs of our growing community. It will boost our robust economy by providing transparent information to the public regarding our future infrastructure plans. The LGIP replaces the current transitional LGIP (formerly the Priority Infrastructure Plan) and will be reviewed regularly and amended with the City Plan.