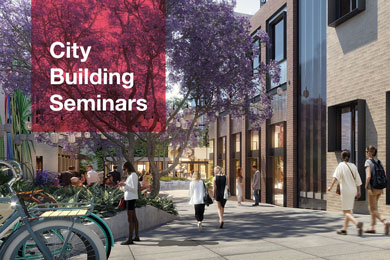 The Superlinear City : Why qualitative matters drive the economic performance of cities

Bob Perry, Director of Scott Carver, will address place making in a strategic context, its importance at a metropolitan scale as well as at ultra-local scales. He will describe the role of civic architecture in anchoring and catalysing the renewal of urban centres as well as the creation of new urban centres.

Using case studies from Scott Carver’s work on large-scale new urban neighbourhoods and examples of work currently underway within the Place Leaders Asia Pacific network, he will describe the interconnection of design, governance and identity in making and maintaining viable communities.

Bob Perry is the Chair of Place Leaders Asia Pacific and a Director of Sydneybased architects and urban designers, Scott Carver. Bob has over thirty five years of directing architecture in Sydney, and is highly regarded for his innovative approach having won several inaugural industry awards for his work. He lectures regularly to promote new perspectives on urban design and density such as his ‘agoradynamics’ and ‘ultra-local cycling’ series.

Bob travels frequently to Japan where he ‘bushwalks’ in Tokyo as a laboratory for 21st century solutions to connected urban living. Bob will use examples from Tokyo to demonstrate how self-sustaining social interaction is intimately related to transit-connectivity.