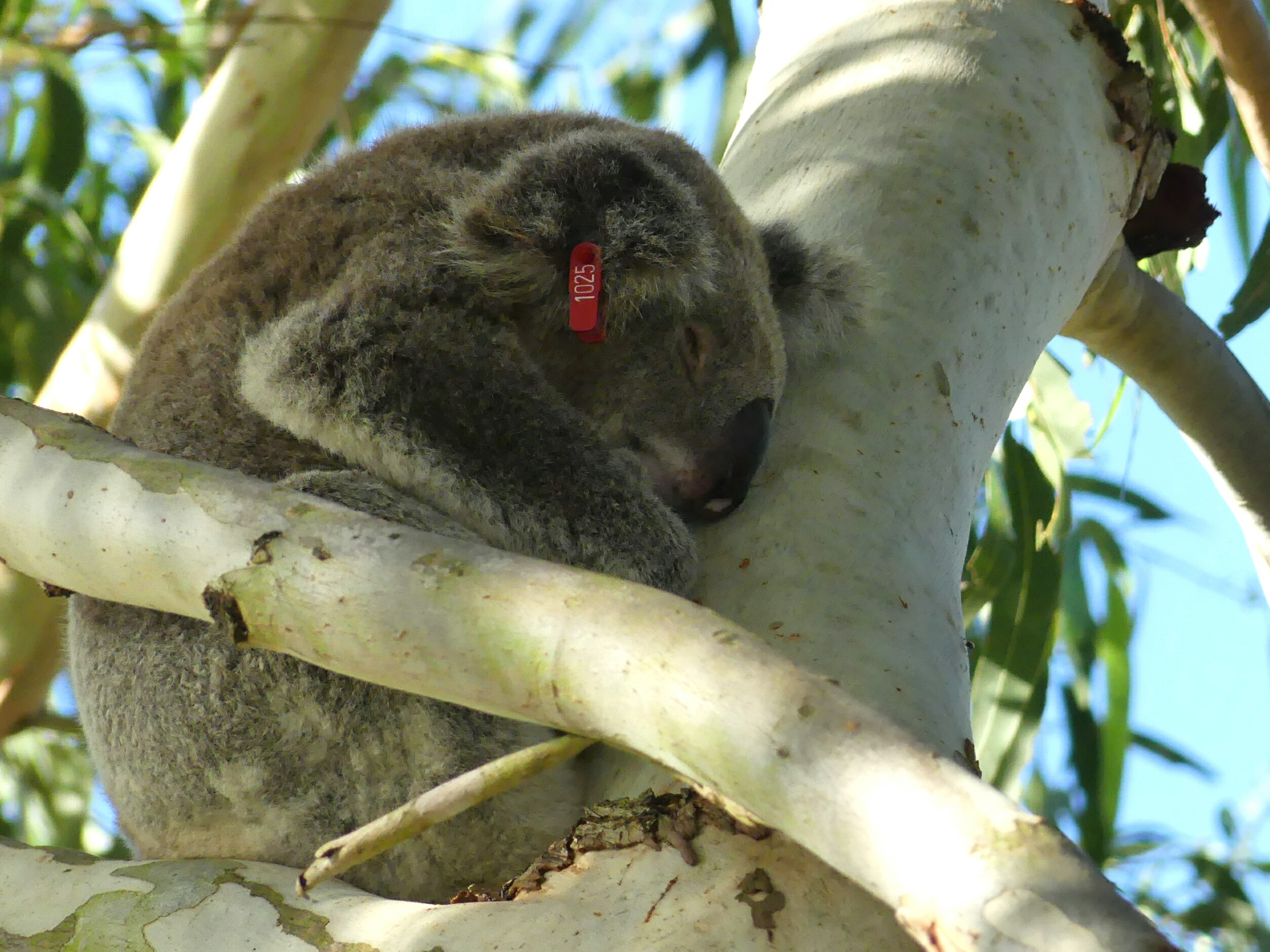 Meet Paula! Paula was found sitting on the ground not looking very well by a Helensvale community member on the 21st of March 2014. An immediate call was made to the Wildcare Australia 24 hour hotline (07 55 272 444) to report the sick koala. Shortly after the call, two Wildcare volunteers rescued Paula and took her to the Currumbin Wildlife Hospital.

Hospital staff and volunteers assessed Paula and determined she was approximately three years old and suffering from chlamydial disease. Paula remained in care for two months where she underwent treatment and rehabilitation for her illness. On the day of her release back into the wild she was given an ear tag with a unique identification number of #1025.

On the 27th December 2019, some community members walking through Coombabah Lakelands Conservation Area were lucky enough to spot a koala sitting in a tree. They took a photo of the sleepy koala and uploaded it through the City's online Koala Sighting form. Conservation Officers receiving the sighting report were able to identify that the koala was Paula, using the ID number on its ear tag! After informing all those involved in her welfare over the years, everybody has been very excited to see that five years on, Paula is living a happy life in the conservation area - and is looking healthy too!

This good news story is a great example demonstrating that koala conservation is a collective effort between community members, City staff, Wildcare volunteers and the team at Currumbin Wildlife Hospital!

On behalf of the City, we would like to sincerely thank all those involved in Paula's care!