Please review and manage the Cookie settings below. Apart from 'Strictly necessary cookies', you can change other cookie settings if present, at any time by clicking the 'Cookie Settings' link in the footer of the page. 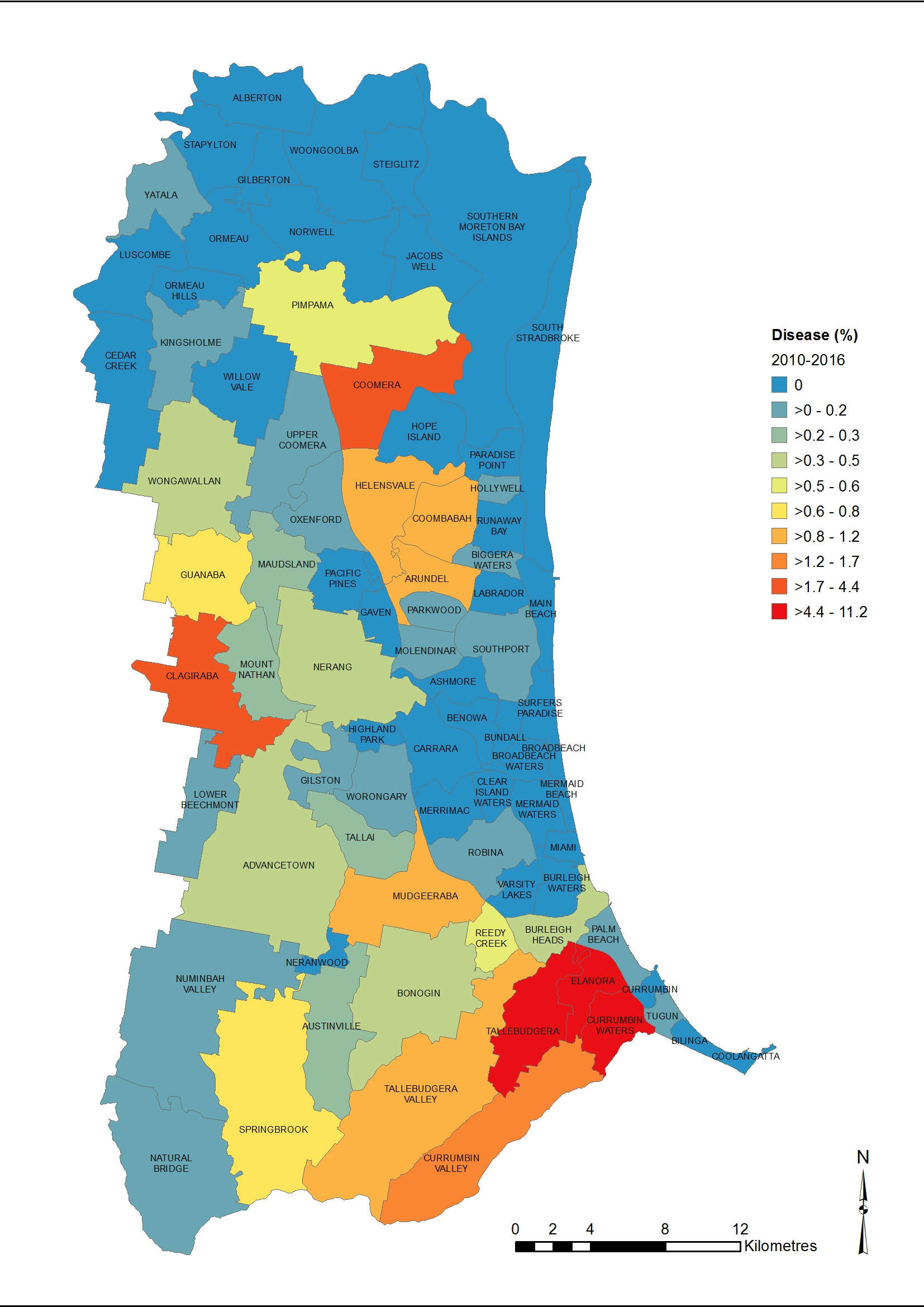 Chlamydia is a serious threat to koalas on the Gold Coast with a mortality rate of 69 per cent for koalas admitted to hospital for the disease.

The map shows the percentage of koalas admitted with disease (chlamydial and other diseases such as immune-mediated disease) to either a wildlife hospital or reported by Wildcare Australia Inc. for each Gold Coast suburb between 2010-2016.

Coomera in the north, Clagiraba in the west and Tallebudgera, Elanora and Currumbin Waters in the south have the highest percentage of koalas admitted for disease.

For more than a decade, the City has assisted the University of Queensland, Queensland University of Technology and Sunshine Coast University to research chlamydial disease and were pivotal in assisting the development of a Chlamydia vaccine.

Effective management of Chlamydia within Gold Coast koala populations relies on developing and maintaining partnerships with universities and other research organisations, veterinary care and rescue organisations, as well as delivering community education and awareness. The City proposes to achieve this through: